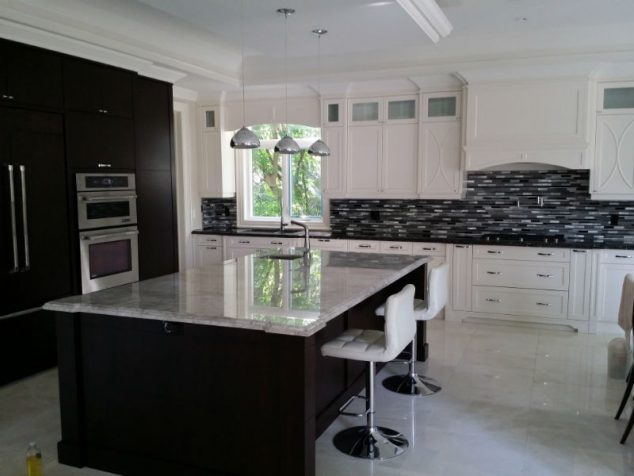 Remodeling is on the rise, and consumers are now tackling larger kitchen and bathroom renovations than in previous years.  Whole-room remodels are the kinds of discretionary (as opposed to immediately-necessary) projects that typically get put off when the economy is soft.  Now that the lingering effects of the recession have mostly faded, homeowners are feeling confident enough in their finances to take on these lifestyle investments.

Home values have bounced back handily since the downturn, restoring equity for many home owners.  This increased equity feeds home improvement in two ways: People feel richer, and it is that much easier for them to get a home improvement loan from a bank.

Another positive side-effect of the recovered housing market is that more people are listing their homes and moving again.  When people move, home improvement activity spikes, several months before the sale (as the sellers prepare the house for sale), and again for several months after the move (as the new owners customize things the way they want them).

We at HomeAdvisor are seeing increased kitchen and bath remodeling in cities and suburbs all across the country.  As of the third quarter of 2016, we note a particularly strong surge of home improvement activity in the metro areas of San Antonio, Sacramento, Tampa, Indianapolis, Seattle, and Orlando.

More specifically, HomeAdvisor had been an increase in the number of requests for help with repairing or servicing appliances. There was a great deal of deferred appliance repair and maintenance during the recession and for a few years after the recession officially ended, and now many homeowners are playing catch-up on those items.  And now, instead of repairing an old appliance (or set of appliances), there is more willingness to replace it with a new one.

Going beyond refrigerators and dishwasher replacements, we are seeing more whole-kitchen and whole-bathroom remodels, particularly in the luxury-home segment.

The most significant reason for undertaking a whole-kitchen remodel is the need to “update” and/or refresh the look of the kitchen.  There is of course a strong movement toward the contemporary or transitional styles, with a simple, clean look, often with white cabinets, but also some warmer tones, plus a move toward “commercial-style” appliances in the more upscale gourmet kitchens.  The “update” usually involves replacing appliances with new ones that are more technologically current, blended with a style that may not be of this era (mid-century and traditional styles are actually more popular than contemporary in some areas).  There is also a trend toward a “high-tech-yet-warm” look, consistent with the transitional style.

previous
How To Care For Your Home Garden During Summer Heat
next
Stainless Steel Cabinets: Never Reface Again!